Home Additions That Cause Foundation Problems 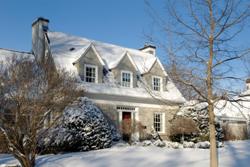 Between 1950 and 2000, house size in the doubled in the U.S., from 1000sq. ft. to 2000sq. ft. Similar growth occurred in many parts of Canada –not because family size increased, but because our sense of “necessary” space and privacy expanded. Extra bathrooms, separate bedrooms, larger kitchens with breakfast nooks—it’s no wonder so many older houses were expanded with one or more additions.

Building an addition calls for a new foundation, and this important structural element needs to be properly designed, carefully built, and correctly joined to the existing foundation.

Homes with additions sometimes end up with structural problems, and foundation problems are surprisingly common for several reasons. First of all, the contractor who builds the addition is usually not the same contractor who built the house. The new guy may not be as familiar with local soil conditions as the original contractor. If the property has expansive clay soil and the addition contractor doesn’t take steps to protect the new foundation from soil pressure that can reach over 5000 pounds per sq. ft, there’s a good chance that foundation damage will occur some time in the future.

Foundation damage can also occur because a contractor takes a shortcut or two to build some extra profit into a small addition project. What if footings are placed above the frost line instead of below it, or some steel reinforcement is left out of a foundation wall? Maybe the contractor decided that gravel or drainage tile could be omitted because of an especially dry building season. These are just a few details that can lead to problems in the foundation for a building addition.

Crawl space foundations are often used on home additions, since they’re less expensive than full basement foundations. But if the contractor chooses to build an “old-fashioned” vented crawl space with a dirt floor and fiberglass insulation installed between crawl space ceiling joists, this is a guarantee of future problems. A vented crawl space brings high moisture conditions under the house, encouraging mold growth and accelerated rust on steel ducts and HVAC equipment located there. The moisture also reduces the R-value of fiberglass insulation and usually causes the insulation to fall onto the crawl space floor.

Call in a Foundation Repair Specialist Rather Than a General Contractor

General contractors who build home additions don’t have the training, tools or materials to make foundation repairs. Where a general contractor might recommend demolishing and rebuilding a settled slab or a bowing or tilting wall, a foundation repair specialist has the capability to correct these problems more quickly and less expensively. This is one case where calling in a specialist can save you money. Instead of demolition and replacement, a foundation repair contractor can usually stabilize and restore settled slabs or bowing walls by installing steel piers or wall anchors. These engineered solutions establish anchor points in stable soil outside or under the foundation, enabling the specialist to brace and elevate or pull the displaced element back to its original position.

Atlantic Basement Systems is the superior foundation repair company in Ottawa. They have been  serving greater Ottawa, ON area since 1993.

Back to Previous Page
Back to News & Events