For a FREE no-obligation basement waterproofing, foundation repair, crawl space repair estimate in Vanier, ON, please fill out the form to the right and Atlantic Basement Systems will contact you shortly.
I have to admit that I wasn't sure if it was going to work, but I am very satisfied. ...
Testimonial from Steve from Ottawa, ON
Happy Customers Surrounding Vanier, ON
Testimonials
Reviews
Work Requests

Click the icons to see what our customers had to say.

We not only adhere to the highest industry standards, we strive to be the industry leader in the home improvement related services we provide. We also use state-of-the-art products and technology which are designed to fix your home. We are the authorized Basement Systems dealer in Vanier, ON.

Services we offer in Vanier:

News & Events From from Vanier 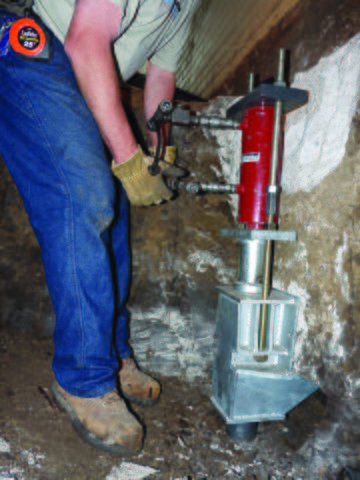 Winter Weather Can Mean Trouble for your Foundation
The foundation repair experts at Atlantic Basement Systems want to warn all homeowners about the effects cold temperatures and ice can have on foundations.... [Read more]
More News & Events
Work Requests From Vanier, ON
Vicinity of Montfort St in Vanier

I found water on one wall of my finished basement at the base of the wall. I had some water come in on a perpendicular wall in fall 2017. The house was built in the 1940s, and has an addition (date unknown). Foundation is poured concrete.
Vicinity of Barrette St in Vanier